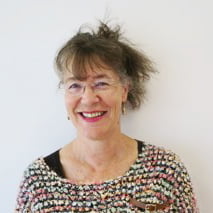 I was born in Adelaide in 1957 and raised at Henley Beach (quite often on the beach!) where I attended the local primary and high school. I then went on to Torrens C.A.E. where I spent three years socialising and emerged as a primary school teacher in 1976.

Somewhere in between all of that I worked as a governess for a year on Commonwealth Hill Station, which was oodles of miles of dirt roads north west of Tarcoola.

In 1992 I married and now have a twenty four year old daughter (and a husband), three adult step-children and six grandchildren. I work part time as a primary school teacher at Strathalbyn and do my writing in the evenings and on my days off when I have time to myself.

I see stories all around me every day, from just the littlest things, sometimes just a sentence or a conversation I have heard. I churn my ideas over and over in my head until I have a story. Sometimes this can take weeks and weeks from the first glimmer of an idea. I love my thesaurus and usually make lots of lists of words to work from. I often have the ending to a story before I have the beginning. I have notebooks full of potential story ideas..

I have had three children’s picture books published by Limelight Press (Limpopo Lullaby illus. Dee Huxley 2004, Glass Tears illus. Di Wu 2005). Both of these books were listed as Notable Books by the CBCA. “Ali the Bold Heart” illustrated by Elise Hurst was released on June 1st 2006 .

“Tea and Sugar Christmas” illustrated by Robert Ingpen and published by NLA was released in 2014. It won an ABIA award for Children’s Small Publisher and a CBCA Honour Award for non-fiction.

“One Step at a Time” illustrated by Sally Heinrich and published by MidnightSun Publishing was released in 2015. Won a CBCA Honour Award in Picture Fiction.

“Radio Rescue!” illustrated by Robert Ingpen and published by NLA was released in 2016.

“Papa Sky” illustrated by Sally Heinrich and published by MidnightSun Publishing was released in 2017. CBCA Notable.

“The Man with Small Hair” illustrated by Andrew Joyner, and published by Little Hare was released in 2018.

I have a large organic fruit and veg garden. I love eating the fresh produce from my garden. I also love bottling, drying and pickling it.

I love eating. Especially chocolate. If I could grow a chocolate tree I would. I have a theory about eating and that is, that our whole lives revolve around eating. Think about it! The last time you went somewhere or met a friend…what did you do? Eat or drink or both!

I also love my chooks! And their big brown eggs. Which I eat!!