I saw a brilliant show today at the old Queens Theatre in Adelaide, called Dust.

The cast included the brilliant, Born On Monday Choir and the Urban Myth Theatre Company as well as many other talented people.

In the first half of the show the audience wandered around the theatre visiting the sideshows which had cameos of all sides of the asbestos story…from the worker in a legal fight with James Hardy to photos and stories of victims of asbestos. This was interspersed with songs by Mark Seymour and the choir.

In the second half, traditional seating was set up as we watched the story of a mother diagnosed with an asbestos related disease. Jane Bayly did such a good job as the CEO of James Hardy that it was all I could do not to call her a “bitch” as she left the stage and exited via the aisle.

The theatre was the perfect place for this kind of performance with its warehouse style area and high roofline.

Today’s show was the last of only four Adelaide shows before it goes on the road to Brisbane and Victoria, however the ABC were filming it today so with luck it may appear on ABC TV soon. 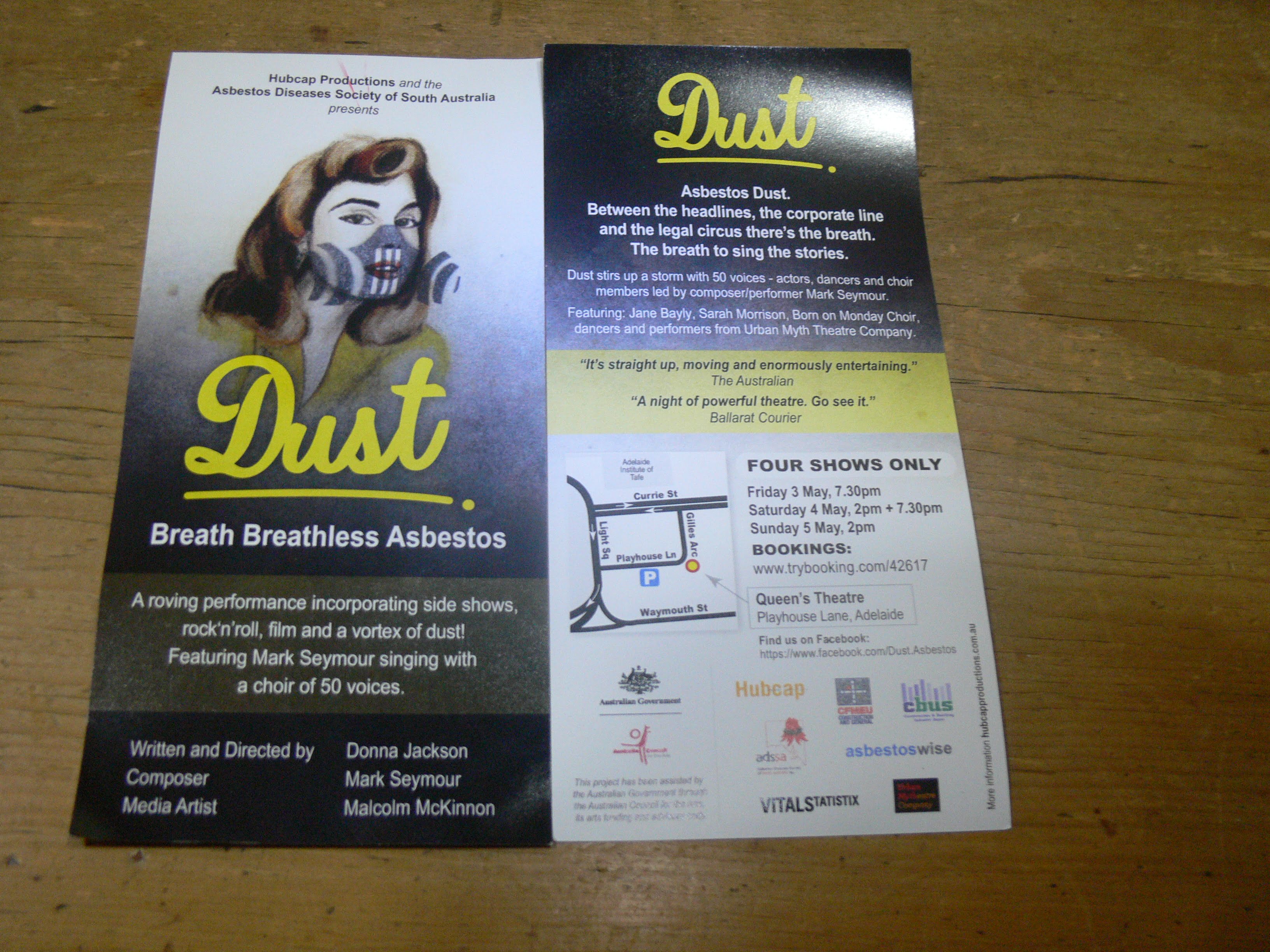