Last week we had a visit from Melbourne author Michael Wagner who kept the troops entertained over three days of sessions.

Michael is the author of the series; The Undys,  Maxx Rumble  and Ted Goes Wild, and the novels Dog Wars and Destiny’s Right Hand.

All of the students had been exposed to his work and so they eagerly awaited to meet the man behind the stories.There was much laughter and groaning as Michael talked about his work.

The students learnt that Michael:

Barracks for the Crows!!! Ha! Ha! not really

Is in a band called The Grownups

Loves writing about gross things such as babies’ dirty nappies

After signing our Author’s Wall of Fame, Michael headed off for a well earned weekend in the Barossa Valley before he has a week of speaking commitments in schools in Adelaide before Book Week. 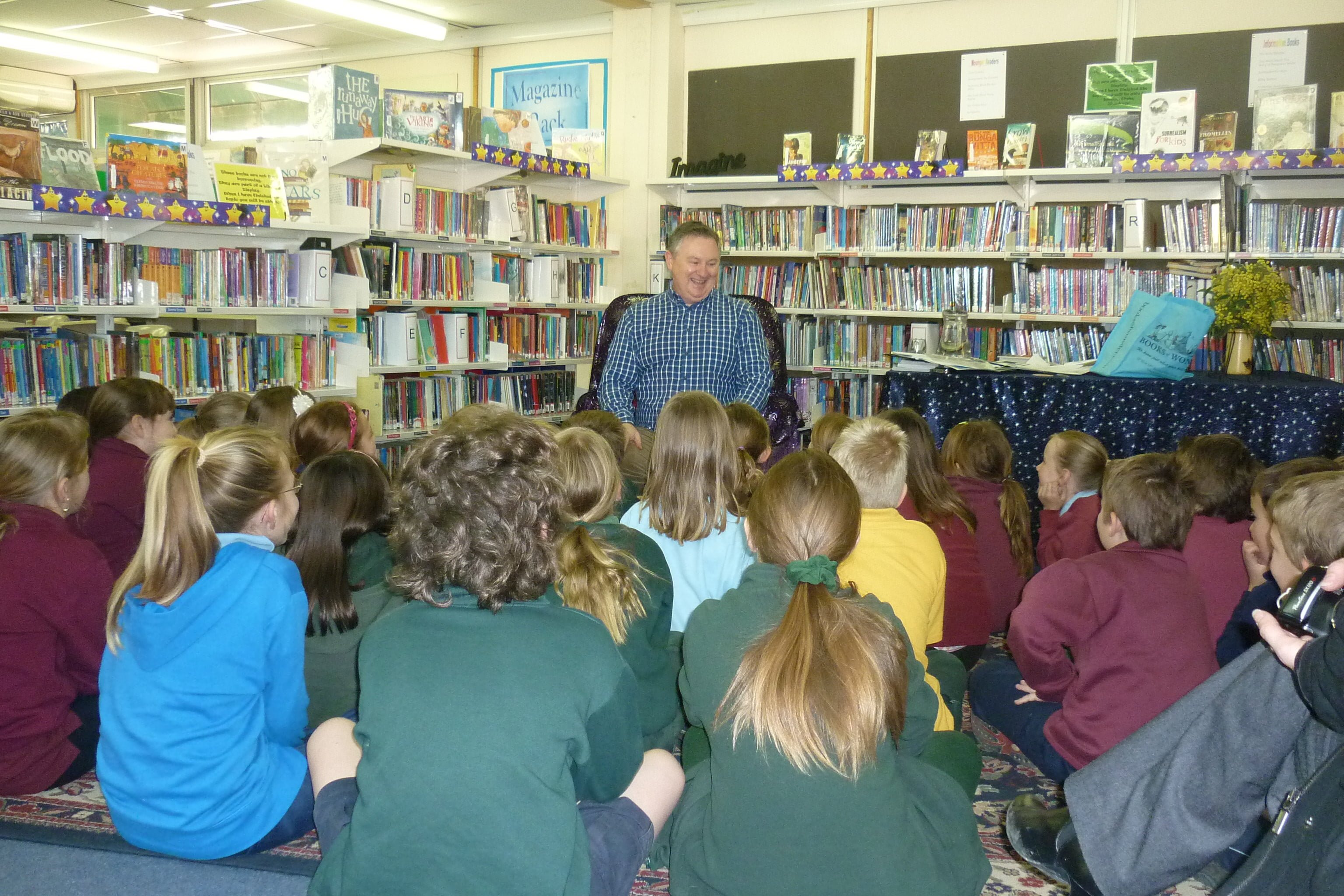