Well that was a flash show!! As I tottered in my high heels and “cocktail” dress through the streets of Sydney to the NSW State Library I wish that I could have caught a taxi all the way. Not to be. Roadworks, one way restrictions etc meant I had to go 4 blocks before hailing  a cab.

But…it was all worth it. Met at the door with a sparkling wine and then some delicious nibbles of all sorts of culinary concoctions, which included prawns!

Met Jacinta Di Mase there and was introduced to quite a few people, of whom many I can’t remember their names…however I am sure I can jog the deep dark depths of my memory at some stage. Ex Adelaidian, Anna McFarlane, a publisher with Allen and Unwin was one of them.

Jennifer Byrne did a brilliant job at compering the show which ran like clockwork.

So the winners were;

Book of the Year

It was  fun filled night, especially watching Jennifer Byrne try to get Osamah Sami off the stage! He was so excited he went well and truly over his 2 minute limit!

Magda Szubanski “just happened” to be on the phone to her mum when her win was announced and that little skit was very funny as we heard her mum over the speaker phone.

So… did the authors who won, know that they had won before the night? I would hazard a BIG yes, as most of them headed up there with a prepared written speech. Even though we were all told that NO WINNERS will be informed before the event.

So, Tea and Sugar Christmas did not win but it is up there with the Premier’s best 6 so can’t be sad about that.

A great night and I am glad I was part of it…as I caught an Uber taxi ( outlawed in Adelaide!) home to my Chinatown hotel.

I now have a huge list of books to get reading!

And if I could work out my new iPhoto programme I would put a photo here but that is not to be. Don’t you hate computer upgrades, when everything you were familiar with has gone, and you have to learn a whole new way of doing things. 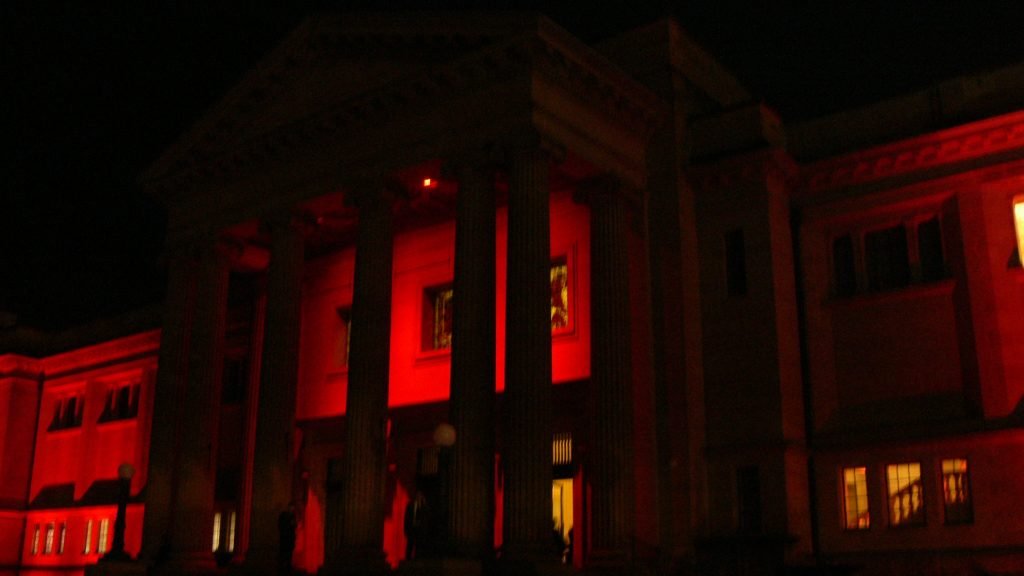 Guess what? Through a roundabout way I have managed to do it.

This is the scene of the crime!!!! The NSW State Library