I have never seen so many Anzac biscuits in one place before, and so many different varieties…gluten free, dairy free, quinoa and so on.

What was the occasion you may ask. It was the launch of Phil Cummings latest book, “Anzac Biscuits“, held at the gorgeous Pegi Williams Children’s Book Shop, one of the few independent book shops left in Adelaide, and a treasure trove of some of the best children’s books in the world.

I met the illustrator quite by mistake when he was sneaking out for a cigarette early on in the piece! It was only when he was on stage later that I realised who he was. Owen Swan, whose beautiful soft, spare illustrations complement the story so well.

A couple of hundred people heard the Governor, Mr. Kevin Scarce, launch the book before Phil read it to the audience, while we viewed Owen’s evocative illustrations.

Another great book about the Anzac tradition that is going to grace thousands of book shelves around Australia, I believe. 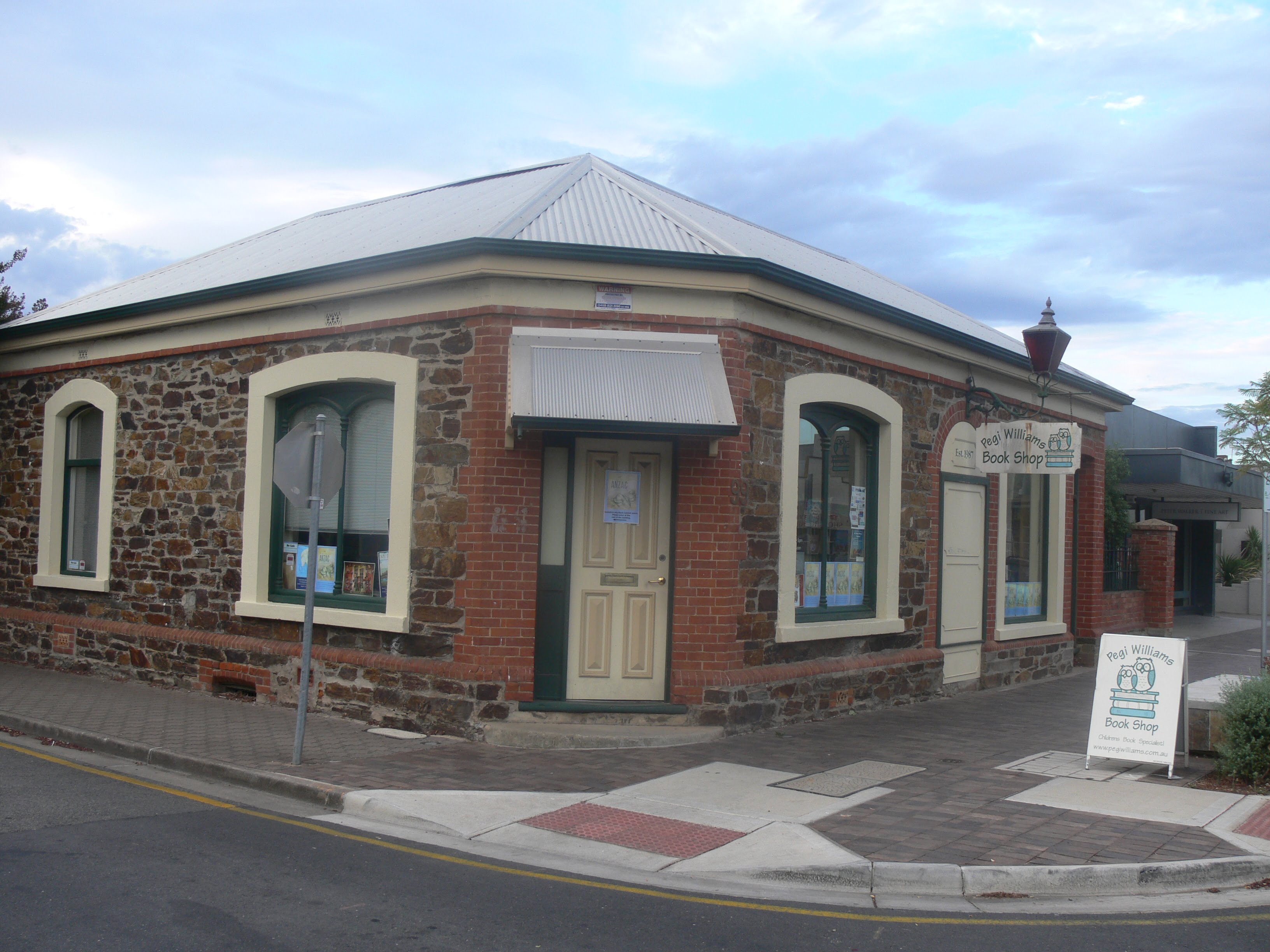 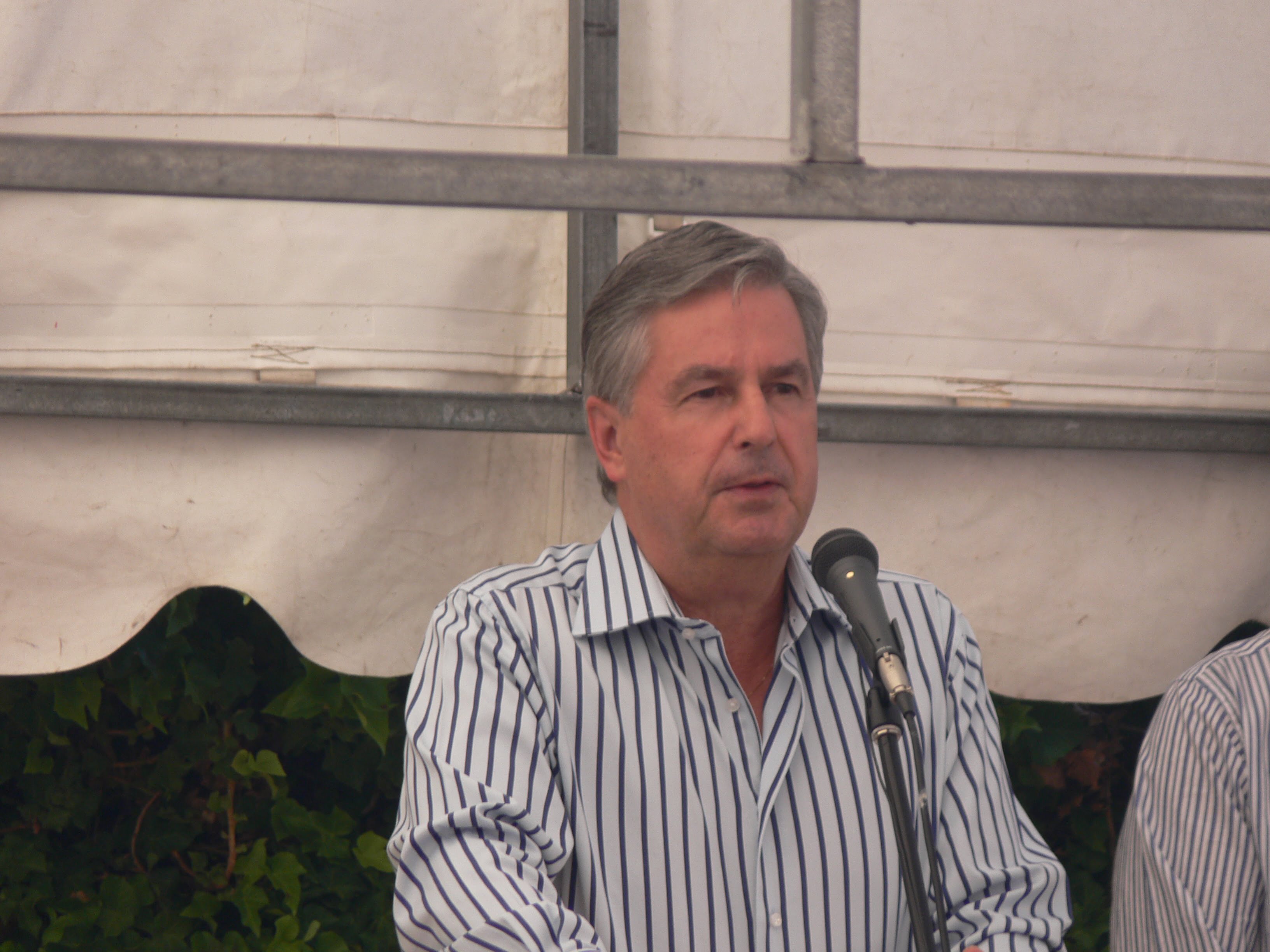 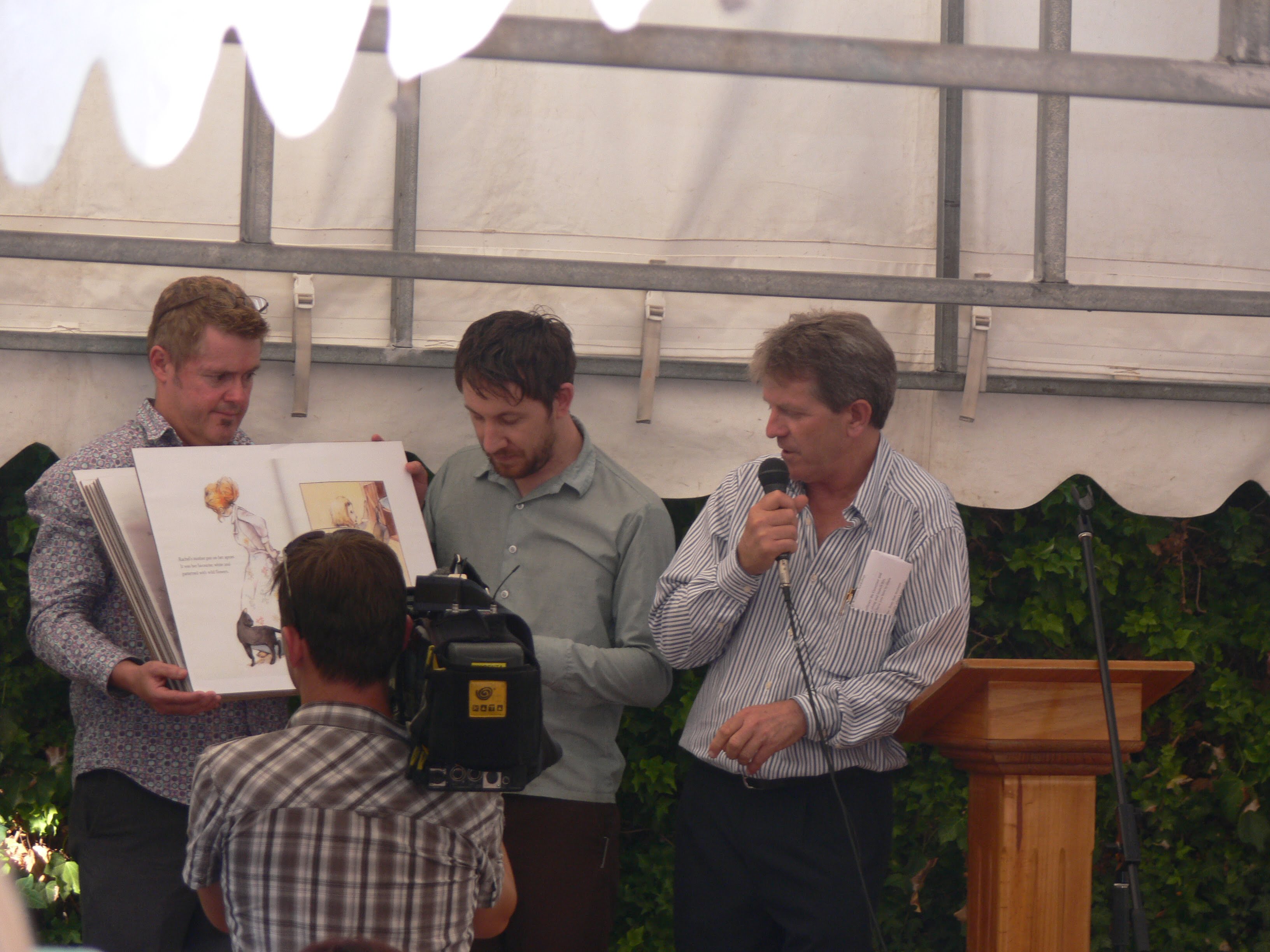 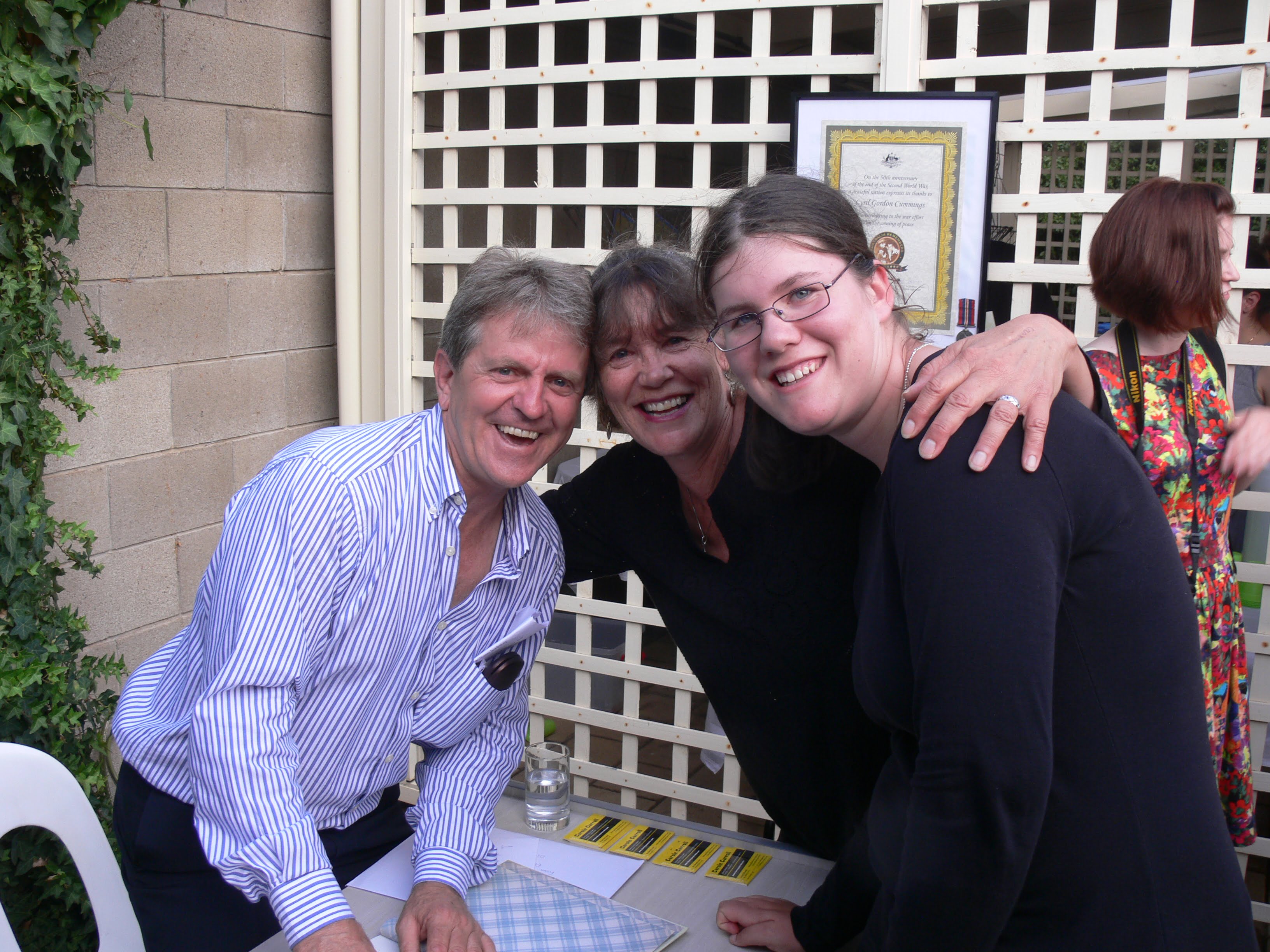 Phil, me and Mia at the signing! 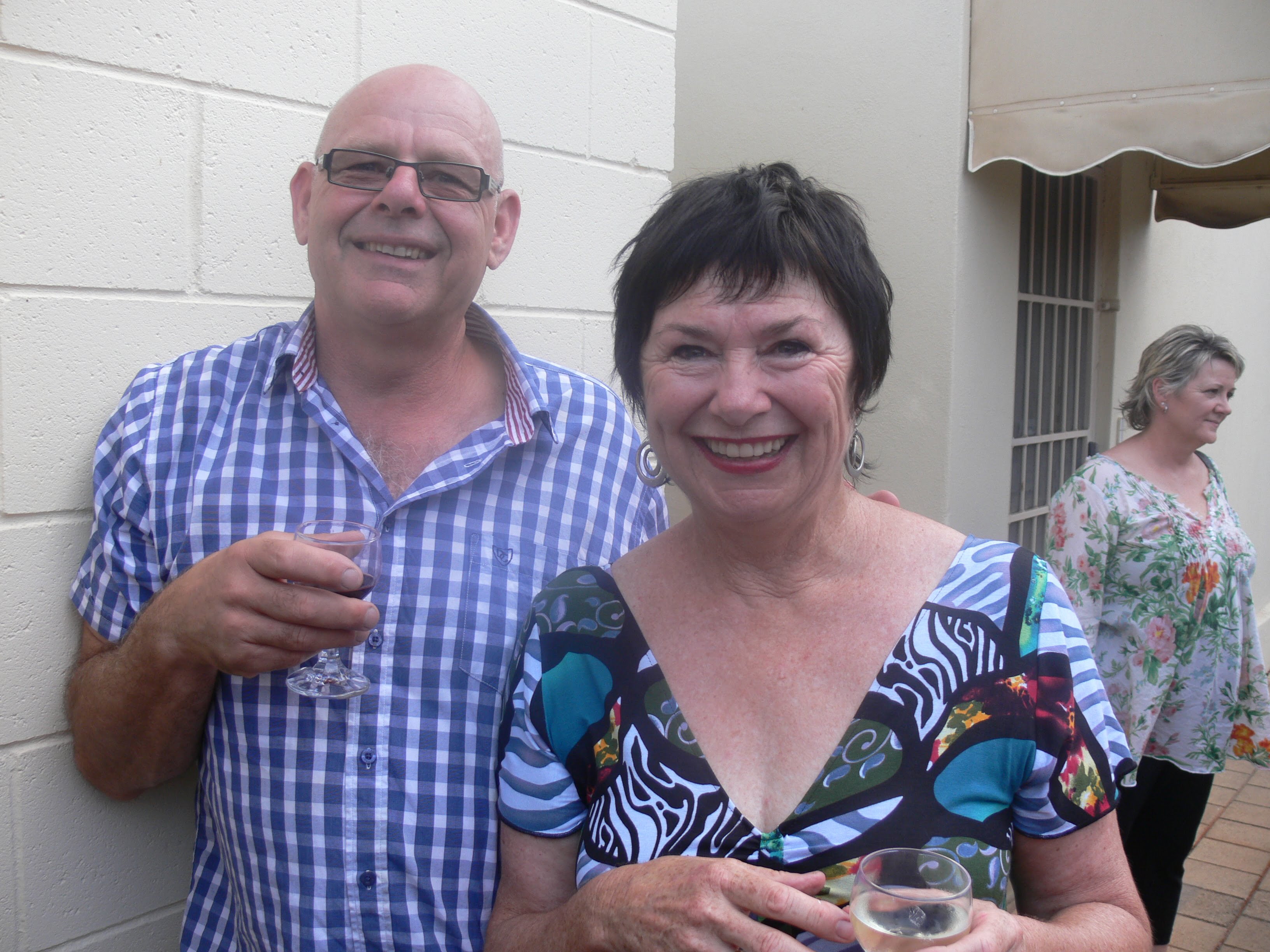 Janeen Brian and a mystery man…tall, dark and handsome! A gold star for the first person to identify him!