I spent today at the Pioneer Women’s Memorial Gardens listening to some amazing writers share their stories.

I began with “From Sea To Sea” , with Karen Solie and Zsuzsi Gartner, two Canadian writers, one a poet and the other a short storyist. Two fascinating women who are very talented writers.

Then the amazing ML Stedman, the first time author of “The Light Between Oceans” which is going to be made into a film by Dreamworks. A story set on an isolated lighthouse off the W.A. coast. There’s something about lighthouse stories that always attracts me so I think I will need to go and buy the book.

“Dogs At The Perimeter” is a book by Madeleine Thien and is a fictional story about Cambodia during the Pol Pot regime. She was an amazing speaker. Very thoughtful, never rushing into answers but considering each one very carefully.

The most moving speaker was Niromi De Soyza, author of “Tamil Tigress“, a recount of her life a s a member of the Tamil Tigers, and  the horrific war in Sri Lanka which the UN has described as, “The worst bloodshed of the twenty first century”. 40000 civilians killed in 4 months, maybe as many as 70000. Niromi eventually fled Sri Lanka for India and then ended up in Australia as a refugee.

I finished my day listening to Nick Bland and Tohby Riddle talk about “The Art of The Picture Book”. An interesting take on these books from an illustrator’s point of view. Nick believes that the illustrator should get more than half the payments as the illustrator does a lot more work than the author. He seems to think that authors can knock up a story in half an hour! I beg to differ on this.

During the day I was fascinated by the work of the signers who relayed the talks in sign language and very animated faces. They certainly work hard at it. 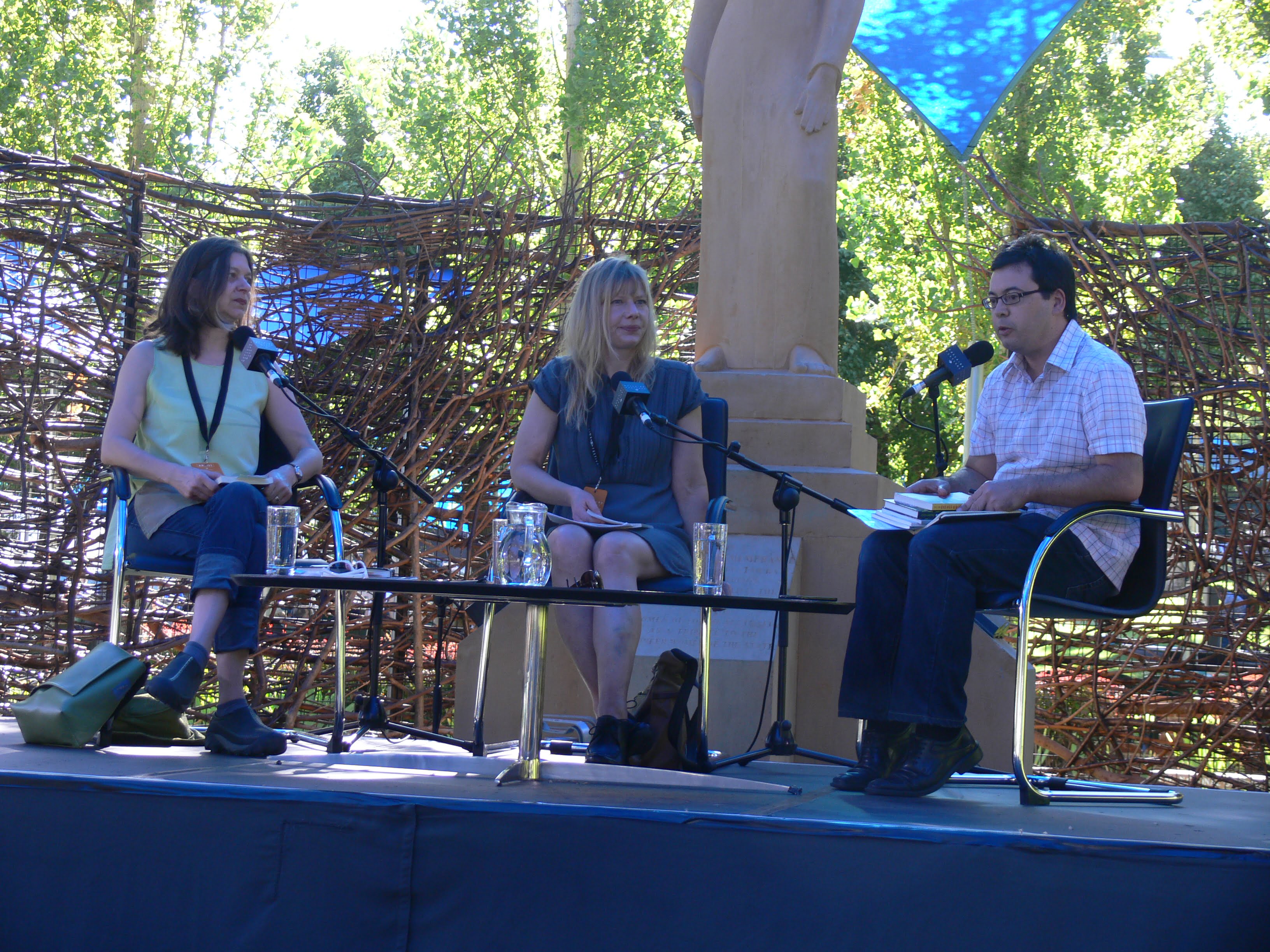 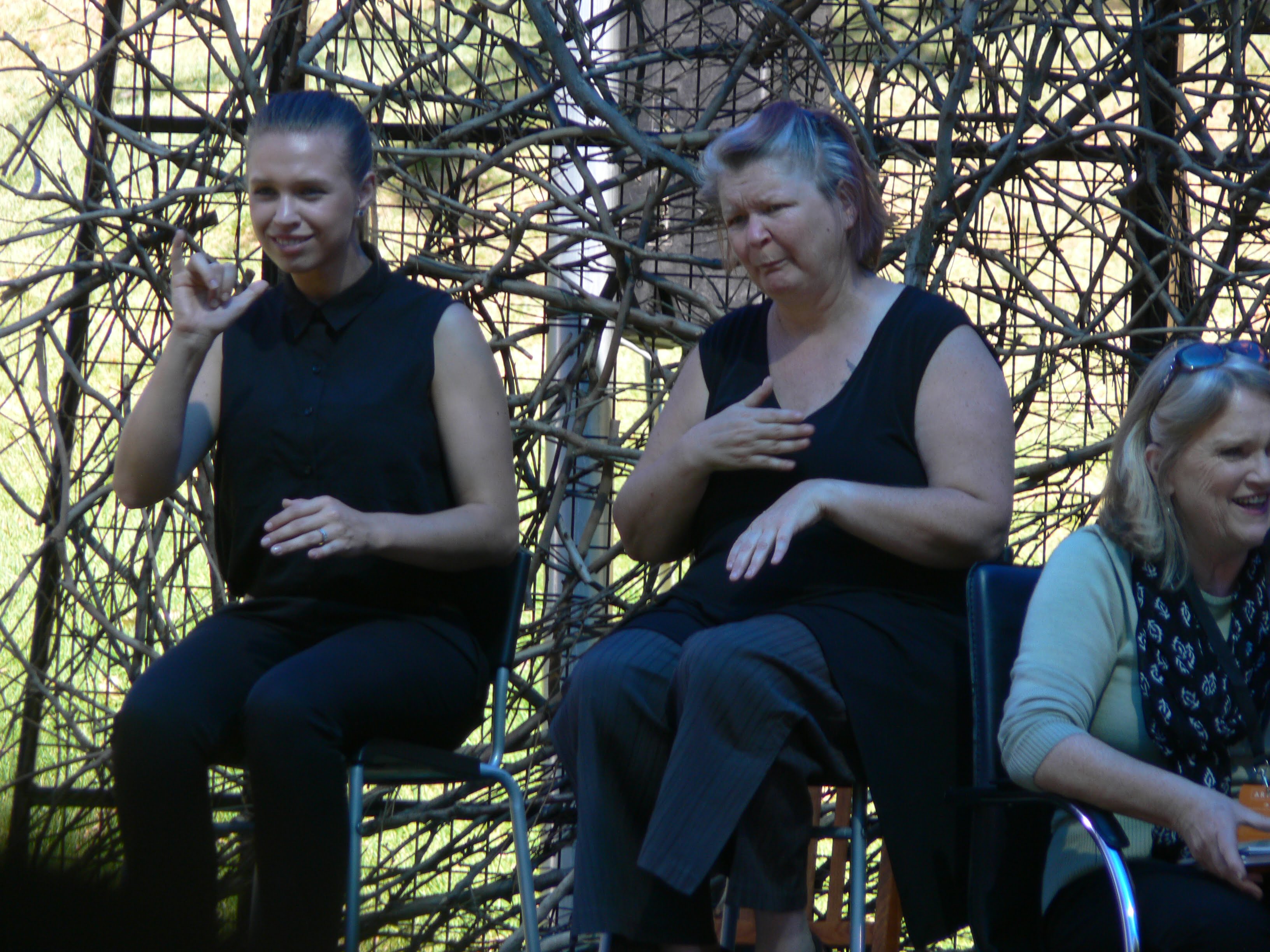 These two girls doing the signing were fascinating to watch.