We were graced with the presence of Sir Peter and Lady Cosgrove who were doing the presentations.

A wonderful surprise was the awarding of Lifetime Achievement Award to the gracious and humble Robert Ingpen. The overhead images of his work included four images from Tea and Sugar Christmas! These images and hundreds of others are included in a new book, called WONDERLANDS, the Illustration Art of Robert Ingpen, published by National Library of Australia and being released in October.

It was great to catch up with Robert after the event and talk about the impending release of our next book Radio Rescue!, published again by the NLA.

After a delicious morning tea and some questionable coffee?? Sally and I did a few book and autograph signings. A very brief glimpse at stardom. Ha! Ha!

Later in the evening we celebrated with Phil and Sue Cummings at a harbour front restaurant, soaking up the lively Sydney atmosphere. It really is a humming city.

The previous night we had met with Anna Solding our publisher and had dinner at the Chinese Peking Restaurant harbour front as well. Where I tasted for the first time a dish called Mermaid’s Tresses, which is a crispy fried shredded spinach with a topping of fairy floss pork. It was melt in the mouth.

On Friday arvo we visited the Brett Whitely studio which is well worth a visit when in Sydney and on Saturday morning we caught the ferry to Milson’s Point and walked up to Wendy Whitely’s hidden garden at Lavender Bay. This is a beautiful semi tropical garden which she has created from an old disused railway rubbish dump. Well worth a ferry trip to.

Back home to Strathalbyn now ready f0r a few school visits next week. 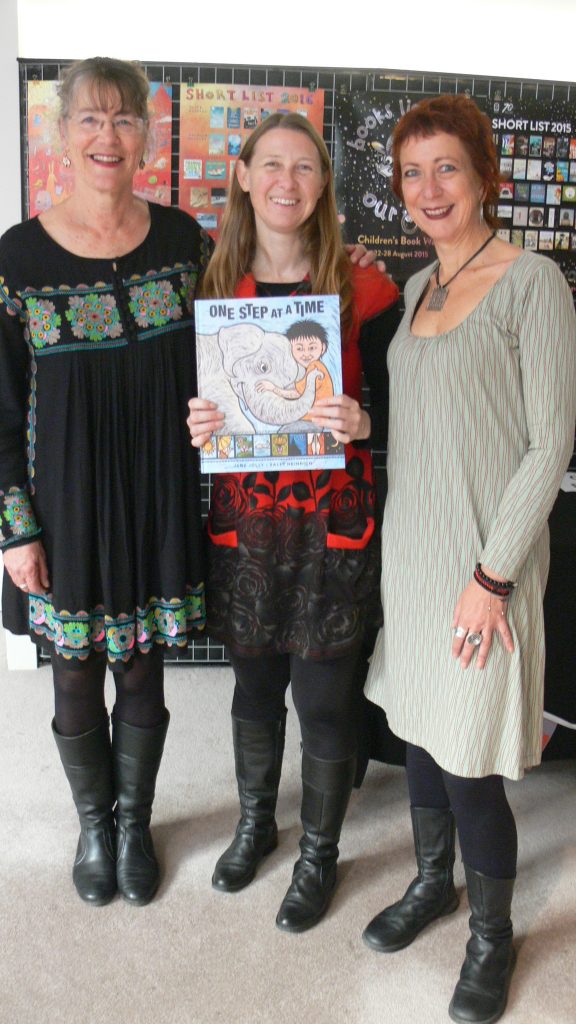