A few Sundays ago I visit the Sikh Gurdwara, which is in the old Colonial Inn building at the start of the S E Freeway in Adelaide.

I needed to do some research and get some facts confirmed for my book Star of Anise, which is being illustrated by Di Wu and published by NLA.

The book tells the story of a Sikh hawker, in the 1850’s in Australia, and at one stage in the story he unwinds his turban and lets his long hair down in front of two young Australian children. I needed to know if this would be OK and not offensive to Sikhs.

So I attended the gurdwara and witnessed the whole morning’s prayers, songs, drumming etc and then ate langar in the communal dining area. This meal consisted of curry veg, dal, rice, roti, lime pickle and desserts of jalebi, fresh fruit and gulab jamen ( my favourite was available! Delicious!

I managed to ask a couple of young Australian Sikh boys my question and it seems it is not a problem. I then double checked with the guru the next day and he confirmed that there is nowhere in their religion that says it would be a problem.

So all is good. Di’s roughs can stay as they are and he can now continue with the illustrations for the story.

Star of Anise is not due to be released until 2019. 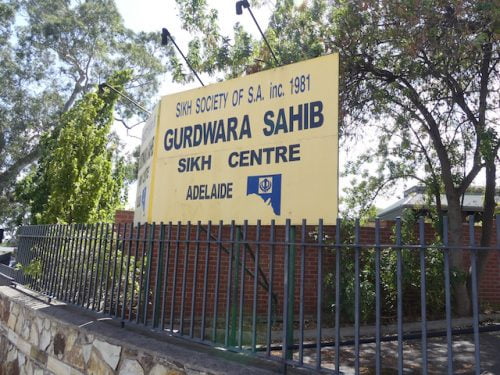