We have just returned from a camping trip to Coongie Lakes with friends. Every image I had in my head of what it would be like was shattered!

The roads weren’t as bad as I thought they would be…Cooper’s Creek was deeper and narrower than I imagined…Coongie Lakes were not abuzz with bird life…and the nights were warmer than expected. And it didn’t matter one bit because I don’t think anything ever fits how you have imagined it. Sometimes I wish I could just clear my head of any perceived images I have and just experience events…but I am unable to do that.

Tibooburra was a beautiful surprise. A tree lined street with classic Australian pubs and a dog called Max! 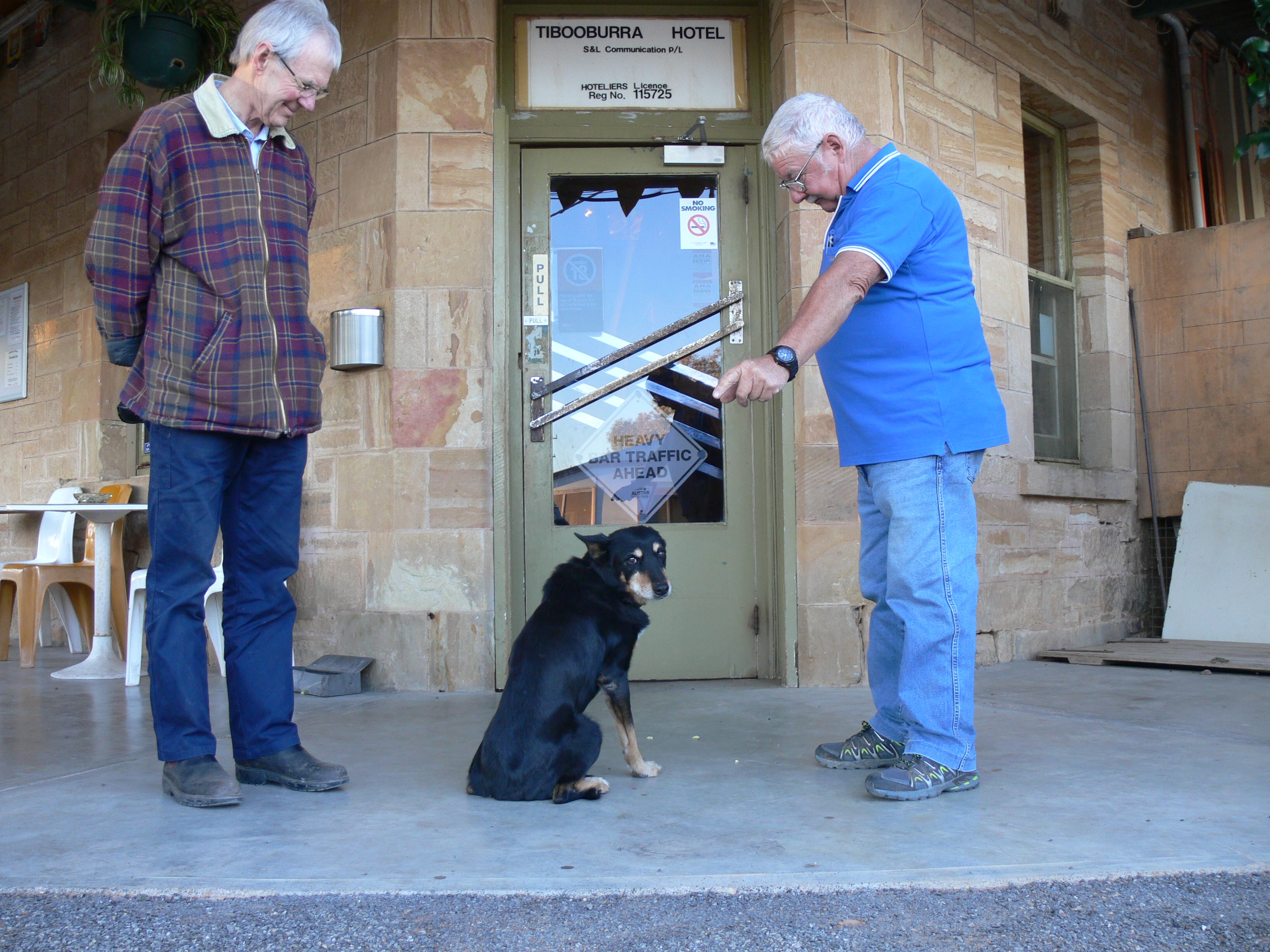 Old Max is a wee bit deaf but  still the star of the show at the Tibooburra Pub.

Cameron Corner was an interesting collection of 4W Drives and their owners all heading off in different directions, each with a different camping set-up from the sublime to the over-the-top luxurious. 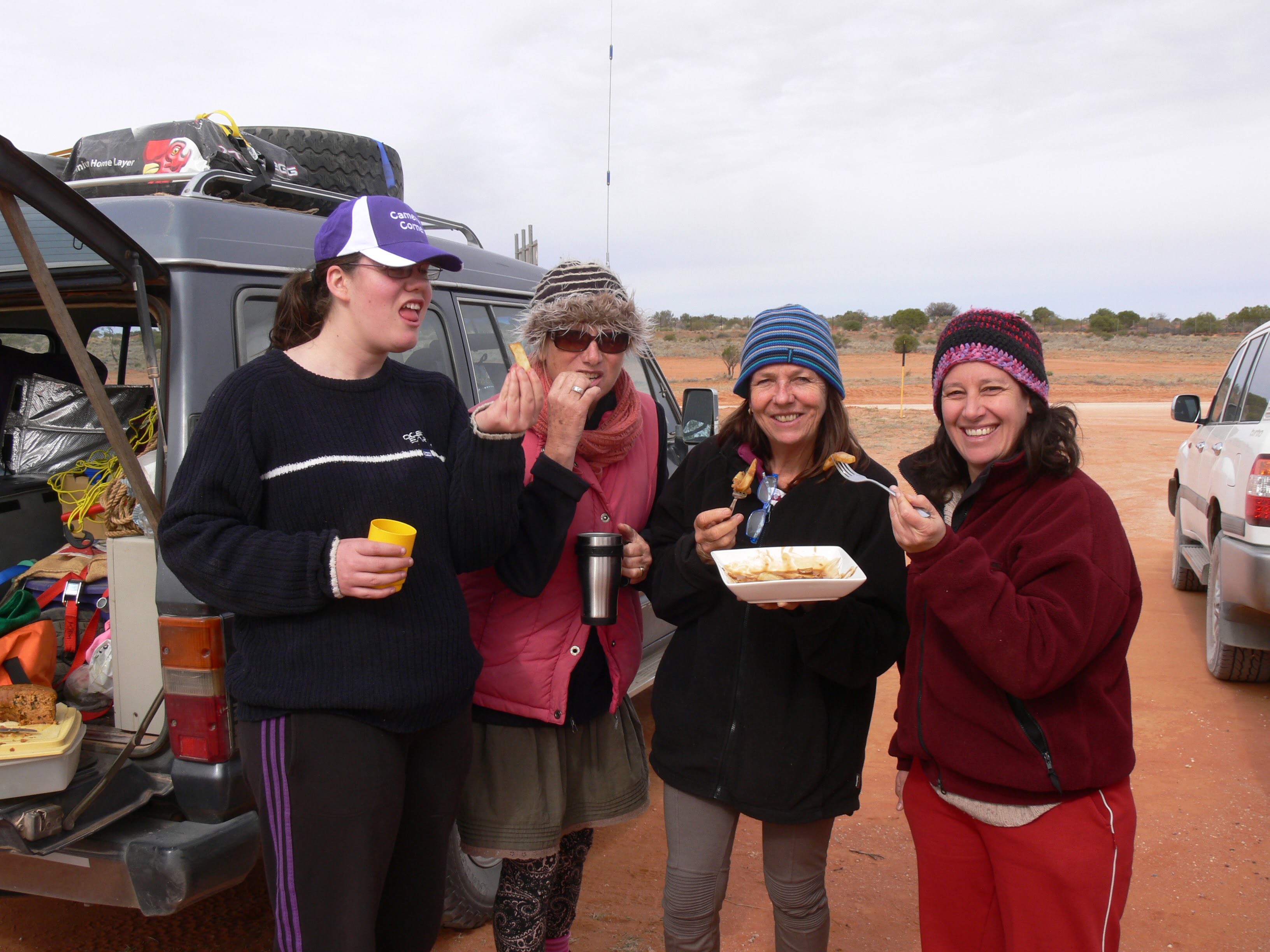 What do you do at Cameron Corner? Why, eat chips and gravy of course!! 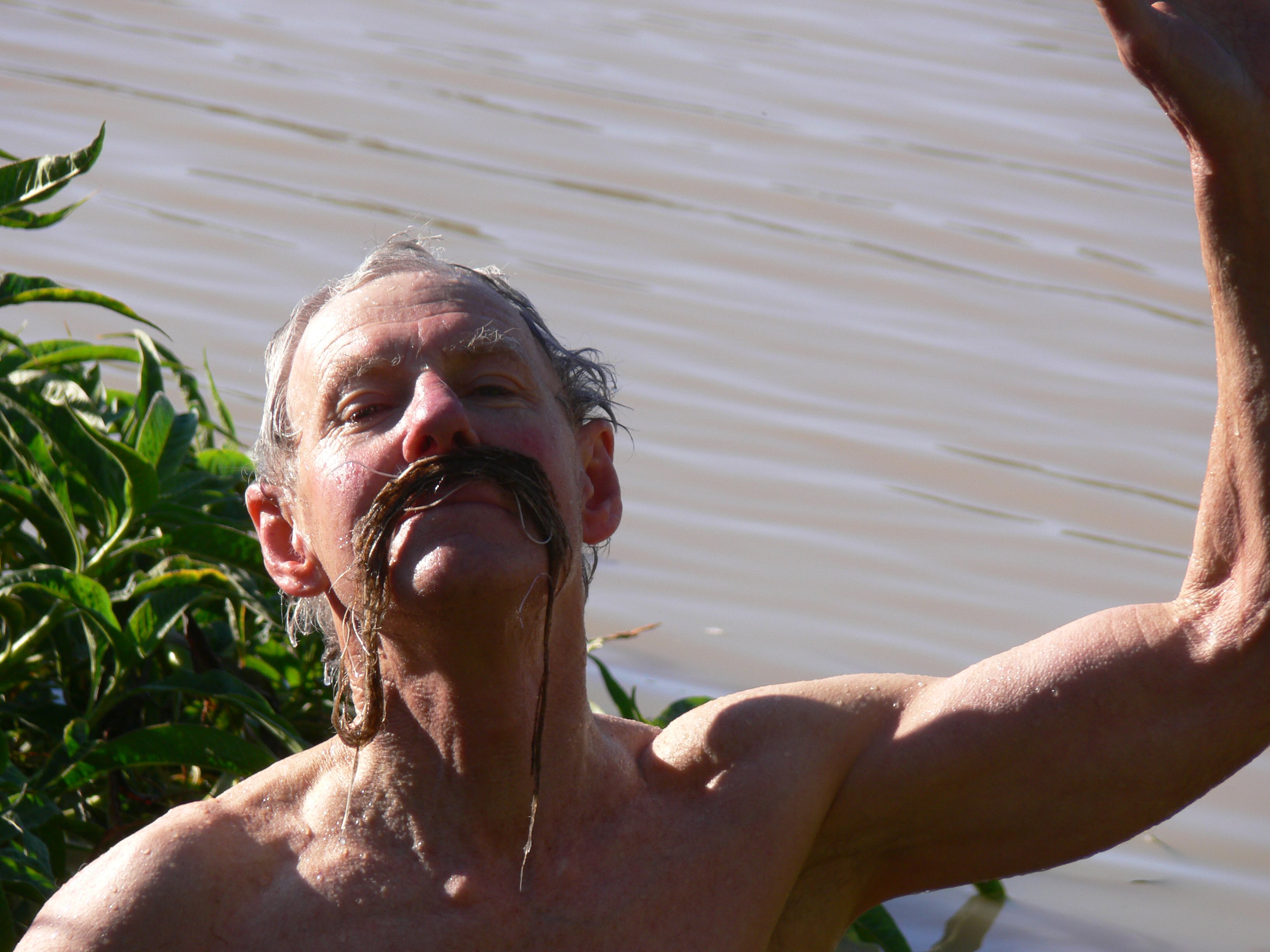 Out at the Burke and Wills “Dig Tree” I imagined that there would be one lonely ol’ scrawny tree in the middle of the desert. I forgot that it was on Cooper’s Creek, so there were lots of trees lining a very full watercourse. They didn’t die of thirst. There was plenty of water. Apparently they died from eating wrongly prepared nardoo. 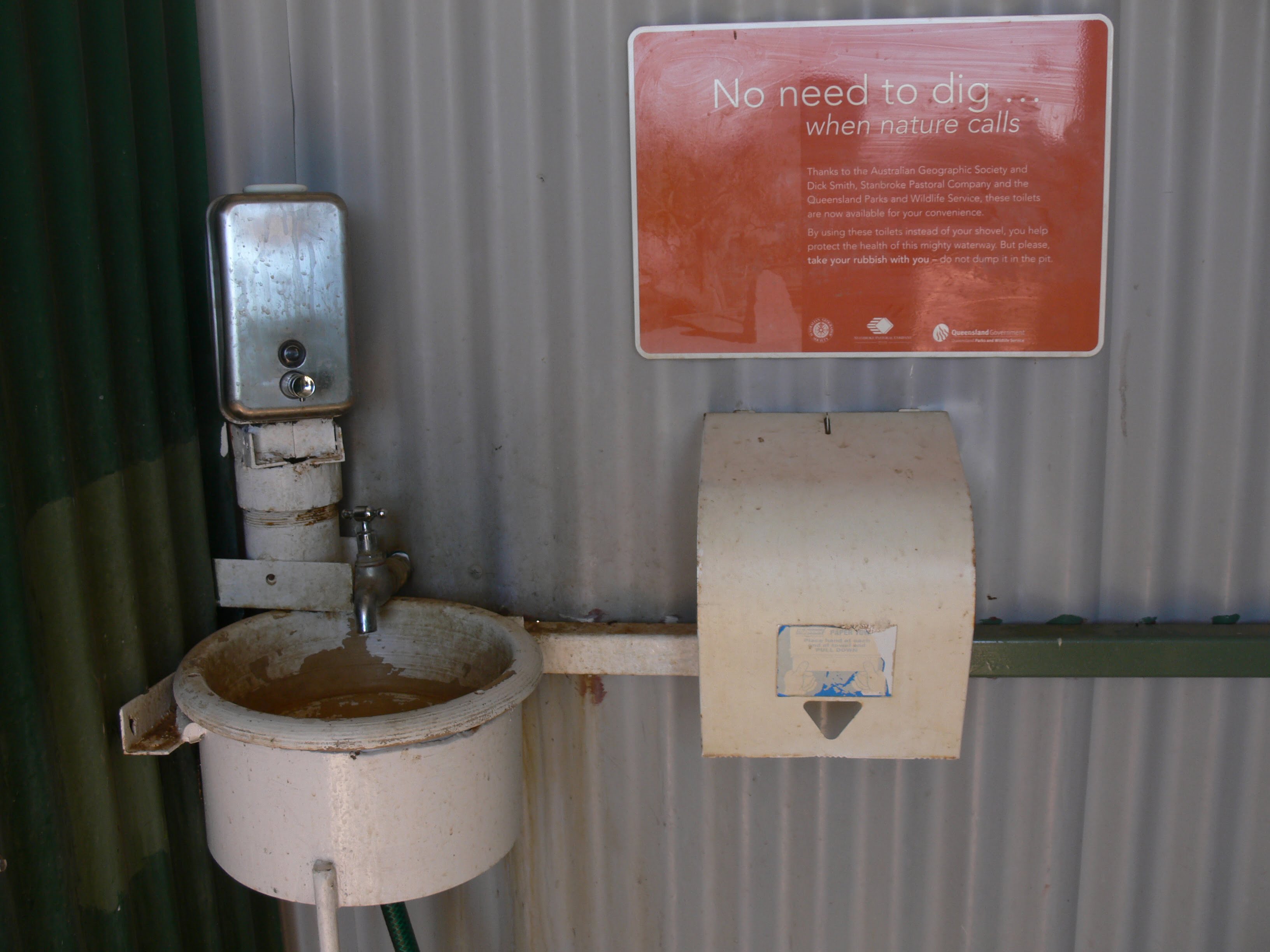 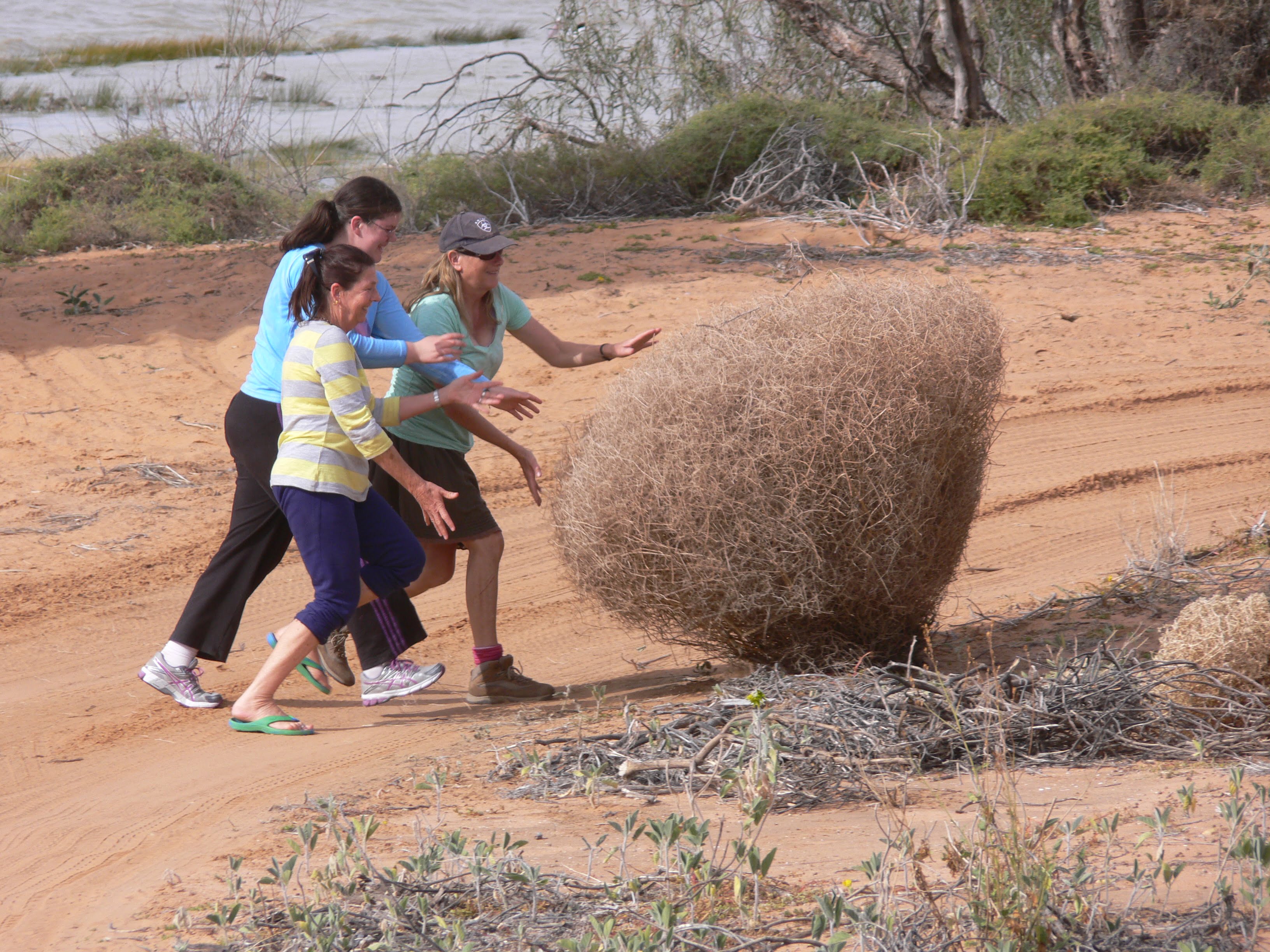 Tumbleweed at Coongie Lakes, reminiscent of a Melbourne TV advertisement! 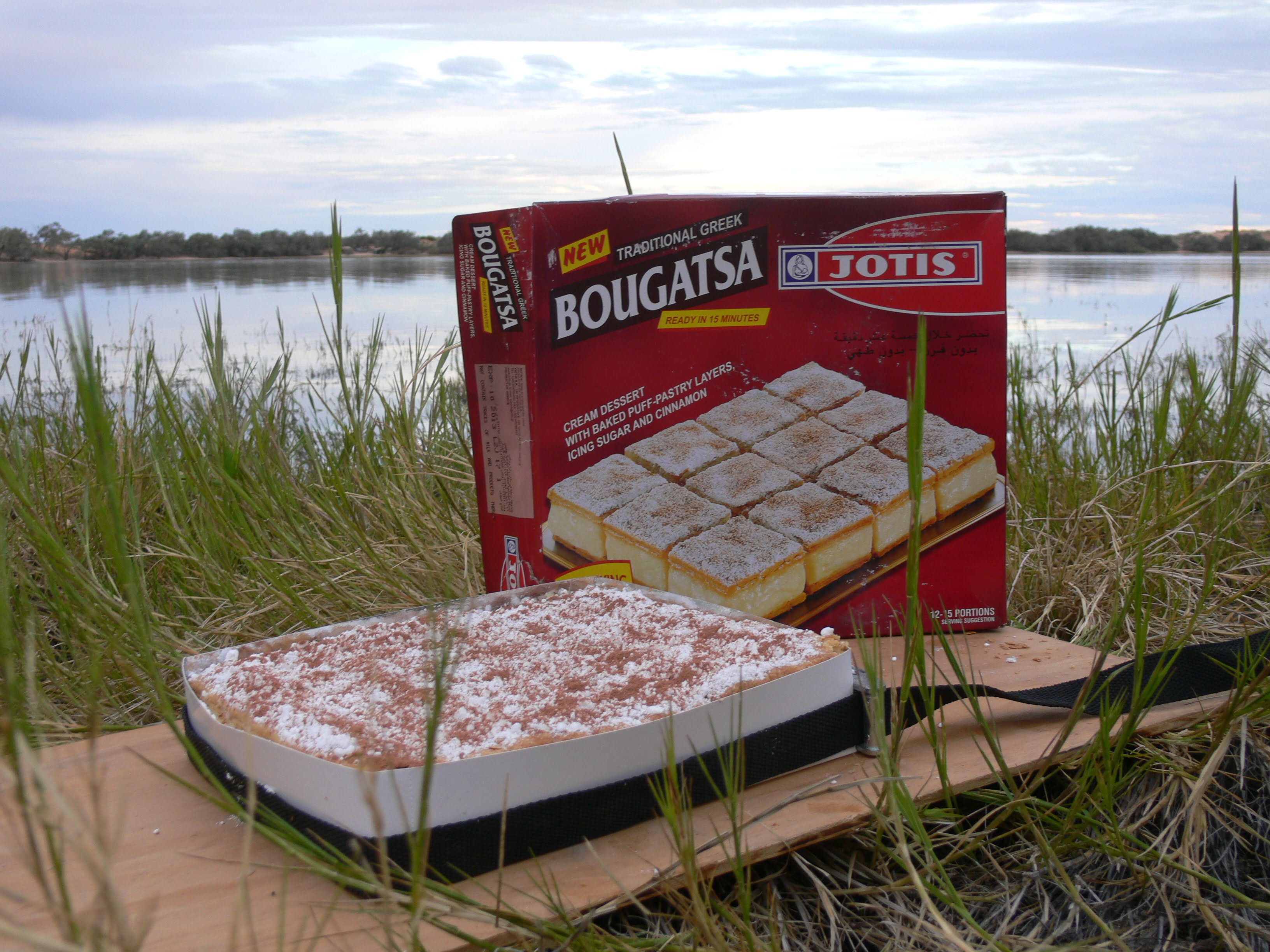 Dessert in the desert! This is the Bougatsa I made courtesy of a packet mix from Gaganis. Just add milk and egg, mix, bring to boil, then put together with pastry layers (which travelled all the way over the bumpy roads without breaking into smithereens) and cinnamon and icing sugar. Who would ever guess? We ate the lot in one sitting. 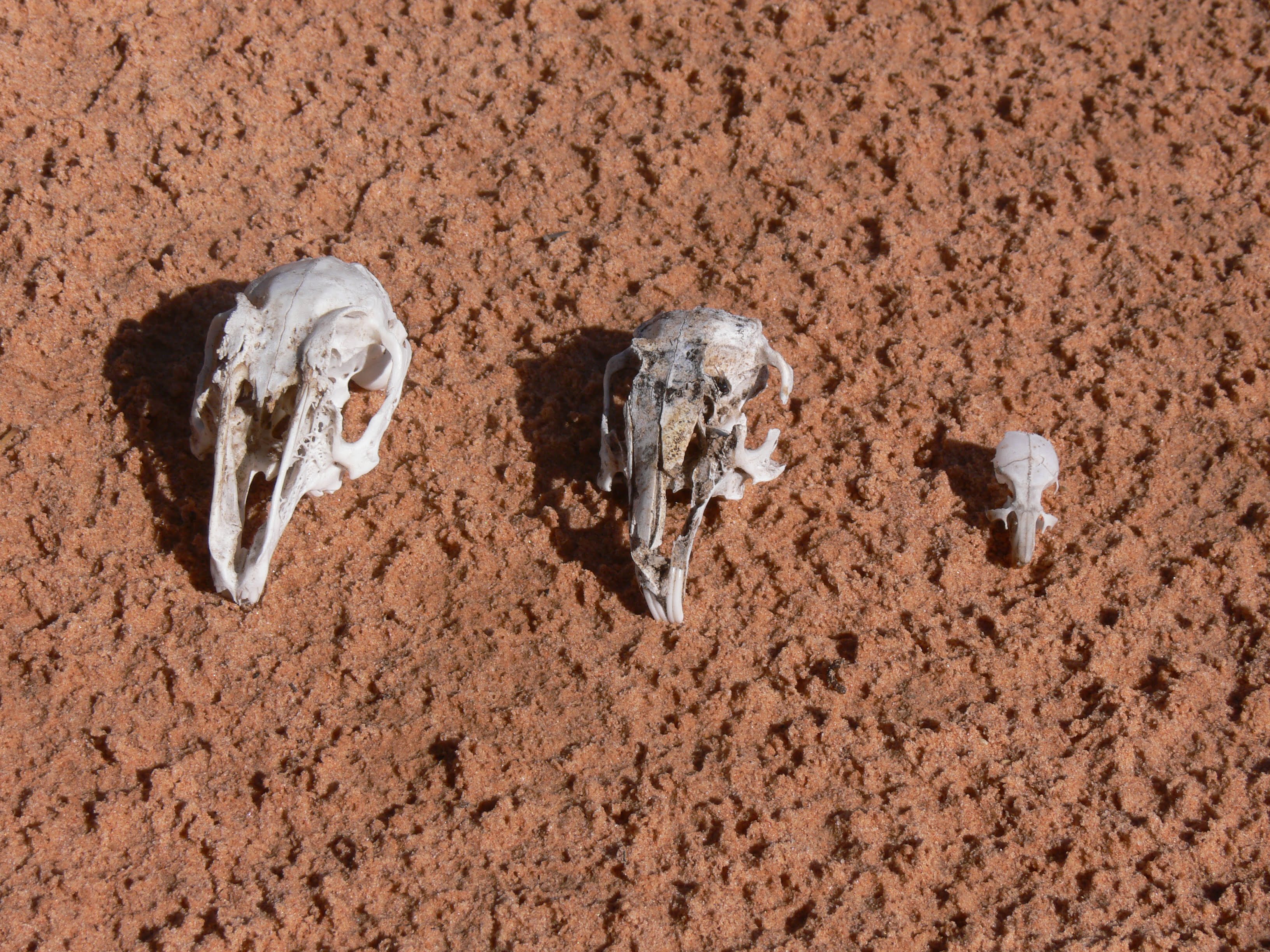 My collection of rodent skulls. 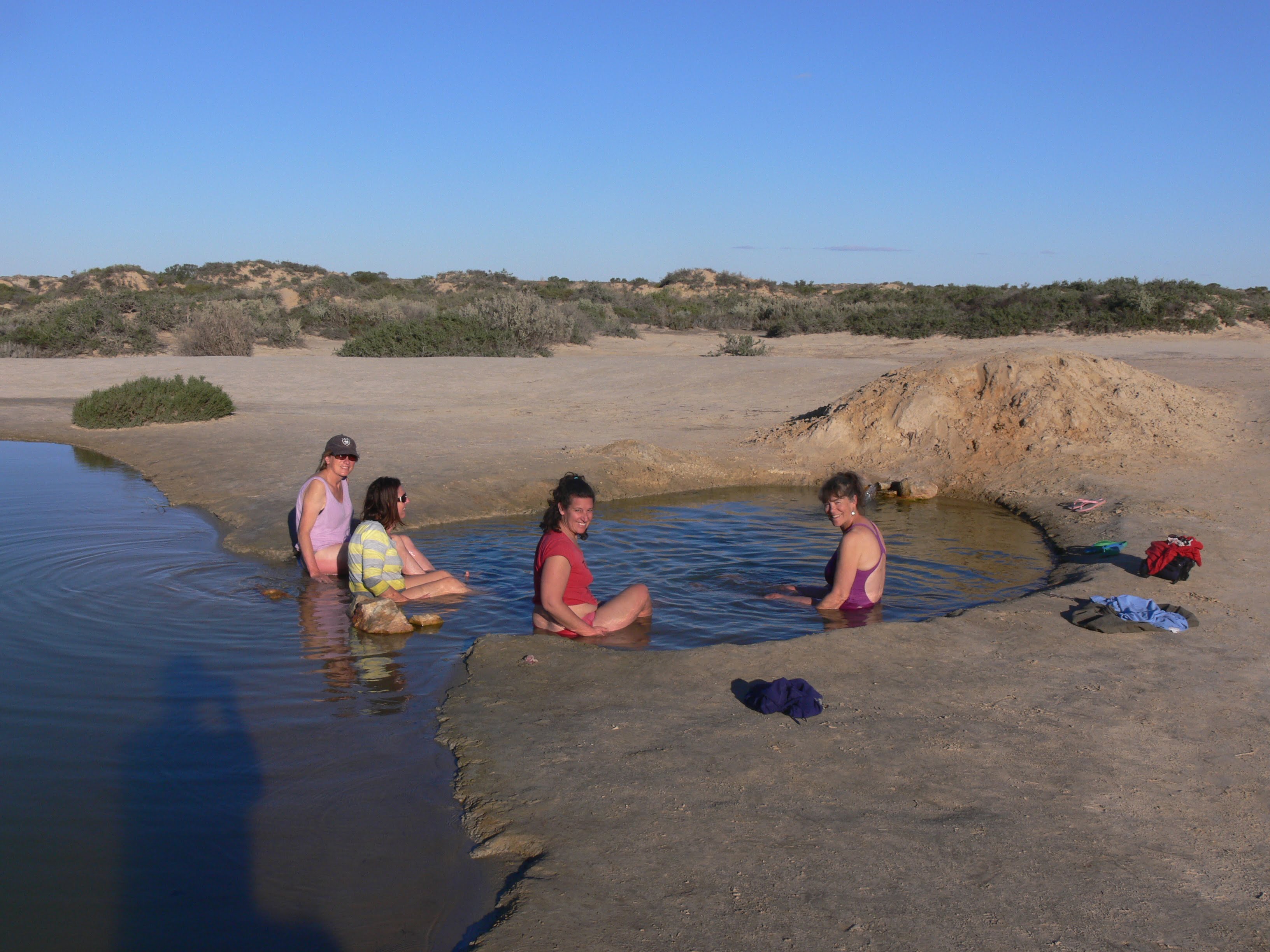 Another highlight of the trip…a hot spa at Montecallina Bore. We had it all to ourselves and it was so hot we came out looking like boiled lobsters.

All up, a fantastic adventure up north but as always, not long enough. I could have stayed at Coongie Lakes for another week, and there is so much to look at along the way. To have the time to stop and explore every nook and cranny would be brilliant.