Got up at 6:00am this morning to walk down to the fish market, which was not far along the river from where we are staying.

As I was walking I could see some of the boats chugging along the river towards the market bringing in their catch.

The bows of the boats were decorated with long colourful ribbons and sometimes bunches of plastic flowers.

The market was a hive of activity with baskets and buckets of fish coming off the boats to be sorted and sold. The catch included fish of all sizes and shapes, squid, octopus, crabs, shellfish, shrimp, prawns and more. They were being weighed up and sold in anything from plastic bags to huge bamboo baskets.

It was mostly the women doing the selling, while the men then hosed the boats down before leaving the wharf area. Whole families were involved and the women were sitting on the bows counting their money as the boats took off.

A few stalls were selling vegetables, meat and even waffles to hungry customers. 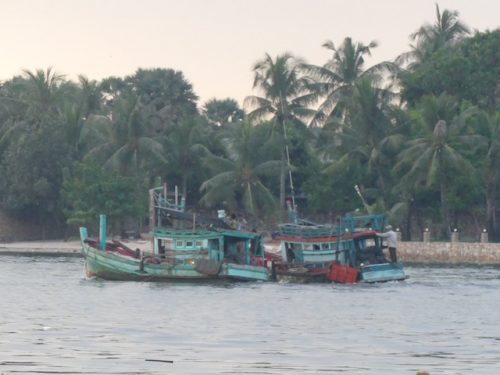 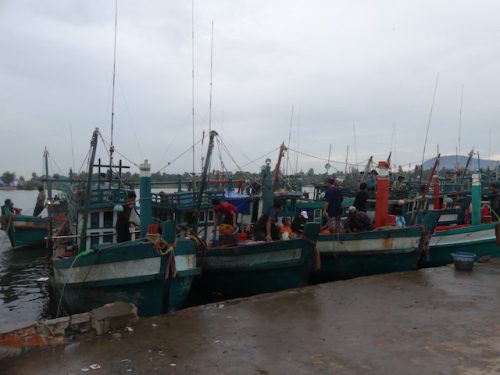 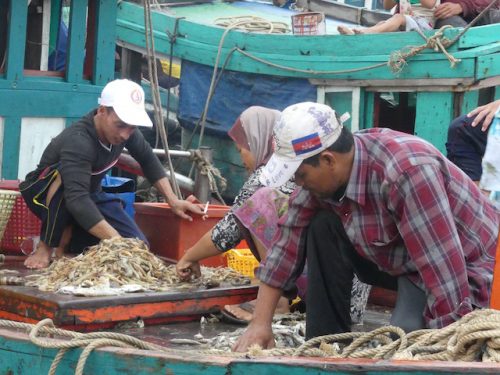 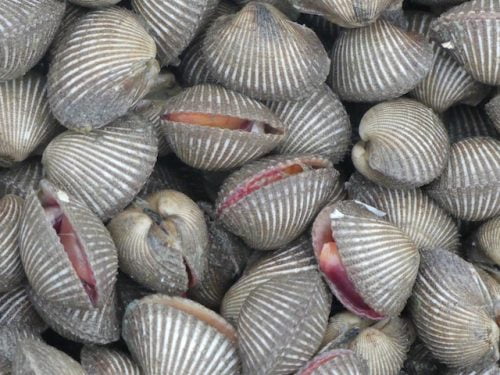 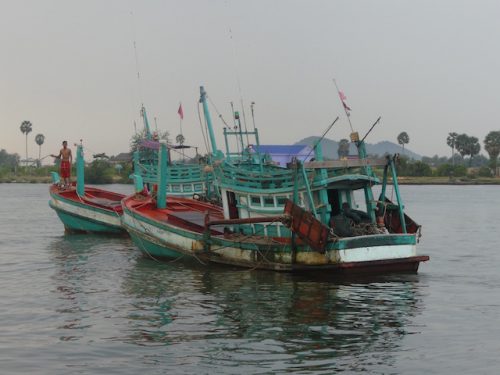 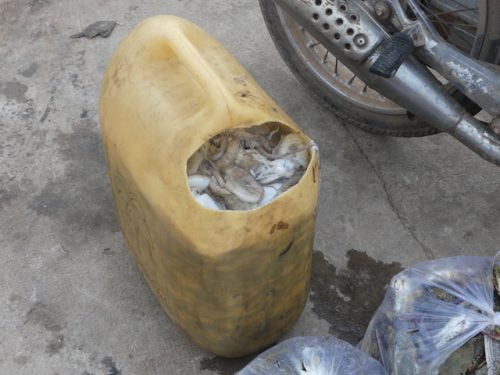 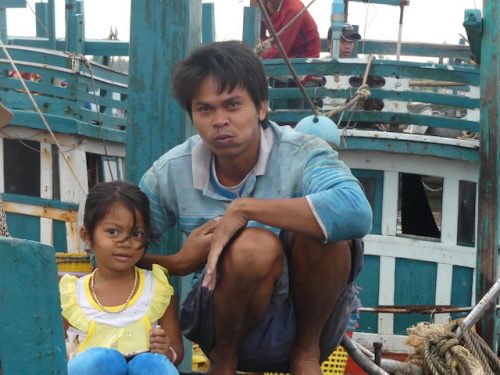