Kampot is a beautiful riverside town with a great laid back feel about it. It also feels very safe and friendly.

The river is the heartbeat of the town and is lined with lots of  eating houses. Quirky river boats, complete with potted gardens, line the banks. At night it is a fairy land.

Explored today between attending KRWF events. Went to the market. If you couldn’t find what you wanted there, then it does not exist on earth!

Visited Epic Arts, which is a cafe and arts and craft shop supporting people with disabilities. There was meant to be an event there but it was a ‘no show’.

So on to KAMA, Kampot Arts and Music Association, to see the film “The Sea Wall’ which is one of the last surviving films of the Pol Pot era, when they were all destroyed. A fabulous film. If you ever get the chance to see it do go along. It was set in Kampot.

More music in the evening at The Lotus Pond Villa, featuring a band from Darwin called Jigsaw Connection. 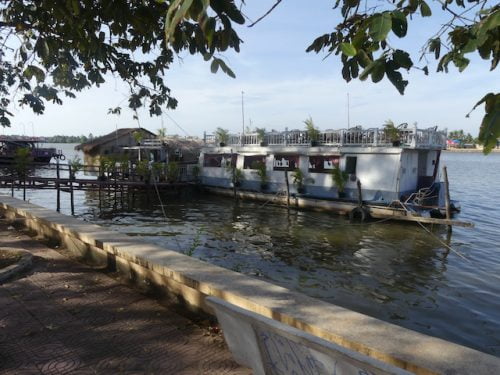 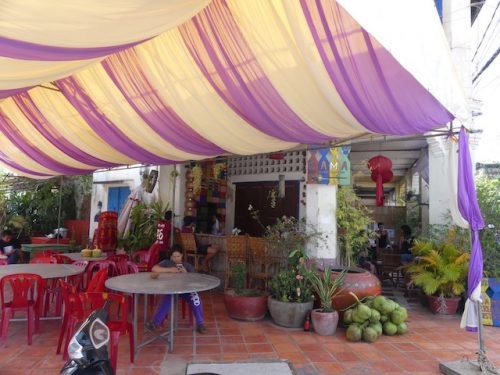 2 thoughts on “Exploring Kampot and Loving It”