So Sally and I (and Ian and Mia) are off to Cambodia and Singapore in the first week of November.

Sally and I are presenting writing and art workshops for children at the Kampot Readers’ and Writers’ Festival, being held in Kampot in southern Cambodia from Nov 1-6.

It looks like a really funky festival. One at which Paul Kelly performed at a couple of years ago. Lots of music events as well as the writing ones.

Kampot is a small town on a river, 5km from the coast, which is known for its old French colonial buildings. And for Kampot pepper!

Nearby the coastal town of Kep is known for its crabs.

Have our tickets and accommodation booked…all set to go!

After Cambodia we go back to Singapore where some events for Papa Sky are being organised. 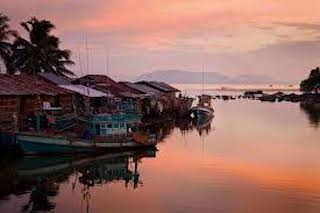 Kampot, on the river 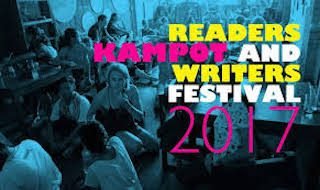