I recently had the honour of being involved with the launch of Kaye Baillie’s first picture book Message in a Sock. The book has been illustrated by Narelda Joy using collage, and was published by MidnightSun Publishing.

It tells the story of a young soldier’s daughter in WW1 who knits a pair of socks for the soldiers overseas. The story is based on a true letter written from an Australian soldier to the young girl.

The launch included letters and poems from soldiers and also a Red Cross representative who spoke of the sock drive.

Kaye had travelled from Torquay in Victoria for the launch, which was held at the Burnside Library.

Normally I would put up a photo of the book cover but instead check this out! A cake! made by Kaye’s niece which was a white chocolate mud cake and absolutely delicious I can still taste it! 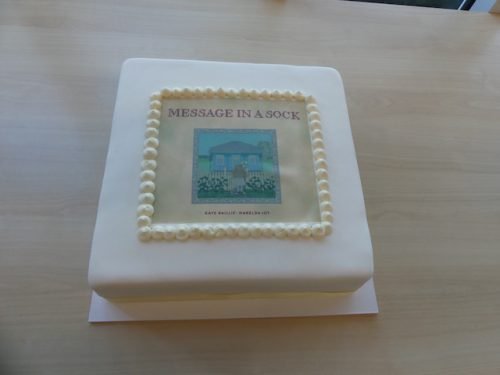 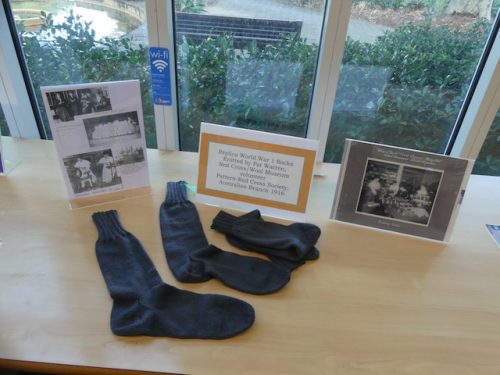 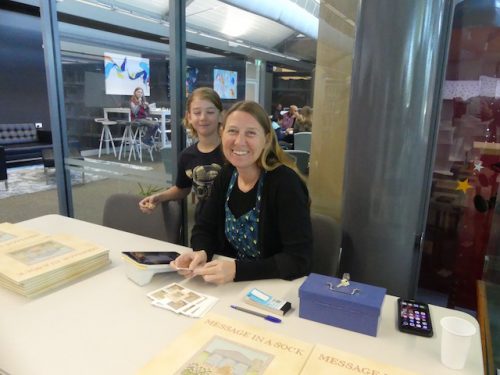 4 thoughts on “Message in a Sock Launch”